UPI stands for Unified Payments Interface. It’s a financial innovation created by the National Payments Corporation of India to facilitate cross-bank transactions. The product was introduced in 2016. Since then, the UPI has become a convenient real-time payment tool.

The RBI is responsible for technology regulation on mobile platforms. The solution transfers money between bank accounts using dedicated apps on mobile devices.

Nowadays, 142 financial institutions use UPI. According to the UPI Product Statistics, they make about 799.54 million transfers worth $19 billion monthly. As a matter of fact, until August 2019, it processed about 1,029.44 crore financial operations. What’s more, the given mobile payment solution greatly assisted in transacting up to 17.29-lakh crore since 2016.

UPI acts as a real-time cross-bank payment solution enabling users to request and send funds. It supports any client application that can be linked to numerous bank cards. Now let’s take a look at the top five methods used to perform different financial transactions:

Every UPI mobile application can accept payments and transfer money between financial institutions that support this interface.

In 2018, the interface was seriously updated. A new version of the payment interface, namely UPI 2.0, was released. It enables customers to have their overdraft accounts linked to a UPI network. Besides, the customers may also have their financial operations pre-authorized by simply issuing a special mandate for the required seller. What’s more, the updated version of the payment interface allows storing and monitoring the invoice for financial operations.

There’s a buzz about the possibility of using this interface in such countries as Singapore and the United Arab Emirates. These countries have equally big numbers of Indian expatriates. The interface is also expected to facilitate payment operations for Indian travelers.

In case you are eager to learn which financial institutions already support the new payment interface, you should visit the official portal of the National Payments Corporation of India. There you will find the list of financial institutions labeled as PSP that stands for Payment Service Provider. The list also includes the UPI application and handle for your convenience.

PSP points out to those financial institutions that already feature their mobile apps, which are good at making transactions. They stand out from numerous banks that don’t offer such services. The users of the latter have to rely on other software makers to create a system for transactions. 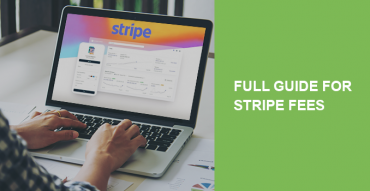