The advent of technology allows individuals to buy and sell while using the Internet as their primary platform. As a result, new forms of the economy have emerged. Two unique systems among these are the sharing economy and the on-demand economy.

Each one of these forms of economies has benefited from an increasingly digitized marketplace. Still, that is where their similarities begin to diverge. To parse these two markets and determine where the shades of grey between them end, let’s examine each economy from the standpoint of their most significant differences.

The conceptual design of the sharing economy is just that – sharing resources. Individuals throughout the world can unlock the potential earnings of their possessions or knowledge by monetizing their use for others. Thus, the genesis of a sharing economy is to have the ability to utilize one’s own possessions for money when the owner isn’t using it.

The basic concept behind the on-demand economy is different. It is based on the need to immediately and effectively gain access to a product or service. For example, a person who needs a ride from one location to another can access the Uber App on their phone and call for a taxi. While this service may seem to intersect with concepts of the sharing economic system, the difference lies in the usage by the client.

The on-demand factor brings the car to the individual. And it is not sharing because the client is not actually using the car to drive himself. If a person ordered a vehicle for his own use that would be a suitable example of an on-demand economy. The distinction is subtle in some respects. Still, the use of a product and the ability to call upon it is a significant conceptual difference between the two economies.

2. A major difference in regulation

Economic regulation between the sharing economy and on-demand economy is another point in which these two stand apart.

The basic idea of businesses engaged in a sharing economy is to allow the clients to set the prices they’re willing to pay. It’s not pushing the client towards specific providers. Take, for example, Fon, a Wi-Fi sharing service. It allows their users to connect to the strongest and closest Wi-Fi sharer instead of giving them a list of places from which to choose.

The results of this form of the market are that the users can adjust their prices without any overhead regulation from the app or other competitors. This is true even if it would be wiser to do so.

Moreover, there is no regulation on the part of the third-party app that facilitates the economy. For example, Fon doesn’t set specific standards for the Wi-Fi that an individual can rent. The buyer must beware. According to an article in the Harvard Business Review, the sharing economy, also known as an access economy, utilizes the autonomy of sharing-based businesses to circumvent the need for building a base for customer loyalty.

In the case of Fon, the buyer sacrifices the soundness of regulation for a more friction-less buying experience. Moreover, they do it for the freedom to bounce between providers without feeling a sense of loyalty or attachment.

The regulation of the on-demand economy is much stricter and doesn’t have nearly as much freedom as sharing. For example, Uber is one of the most significant examples of the on-demand economy. There is the need to compete with taxis and other major companies like Lift. As a result, there is a need to uphold quality standards that don’t exist with sharing. Uber requires their drivers to charge a certain amount according to the distance driven. It also establishes criteria for the vehicles that are allowed to be used for their service.

The presence of these economic controls marks a difference between the on-demand economy and the sharing economy. On-demand businesses are selling a specific and controlled service instead of access to the unused property. This service must be regulated in terms of price and quality. It’s so simple because the parent businesses are dealing with far more mature and regulated companies.

3. Motivating factors for creating the sharing economy and on-demand economy

Another significant difference between these two burgeoning economies is the motivating factors that led them to be created. According to Forbes, the driving factor behind the sharing economy is that modern people are more utilitarian than in the past.

In the 1950’s, for example, the desire to engage in conspicuous consumption was rampant. People wanted to be seen as having two cards and a luxury home in the mountains. Now, people would rather only buy what they must due to the Millennial generation coming of age during the economic recession of 2008.

This generation is no longer compelled to purchase more than they need. And the option to share items rather than buy them outright is more suitable and conscientious. Combined with the technological advances which have third-party applications supplying their potential services, people are far more comfortable paying for two nights in a vacation home or ride-sharing with a friend to cut costs. A sharing economy fulfills the need for access to a product. Moreover, it satisfies the need to be conscious of one’s consumption in a society that values frugal behavior.

The motivation for the development of the on-demand economy is one that has its roots in the same economic desperation as the sharing economy. But it comes with a distinct caveat: disruption.

For decades, the taxi services in a major city have been the only alternative to other forms of mass transit. However, the on-demand economy has allowed millions more people to enter into the driving-for-money business. This circumvented the taxi drivers and forced their way into a crowded market. The adage of necessity being the mother of all invention is a practical application for the on-demand model, utilizing third-party tech to provide adequate and cheap services to customers.

Overall, the sharing economy and on-demand economy models have some areas in which they overlap. However, the fact remains that they have significant differences. Looking past the initial similarities, these economies show distinct areas of concept, regulation, and motivation for functioning in the modern market. 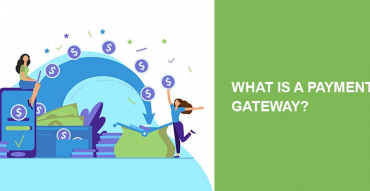 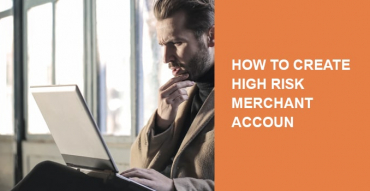 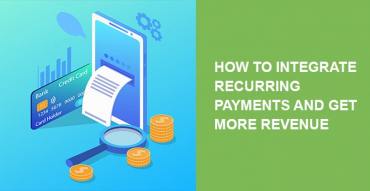