Crowdfunding vs ICO: payment processing and the differences

According to the consulting company ICO Partners, on the world’s largest crowdfunding platform – Kickstarter – in 2018, the total volume of investments (from $ 659 million to $ 607 million) and investments in successful projects (from $ 606 million to $ 564 million) fell, and the number of campaigns decreased (from 53 thousand to 44, 5 thousand). At the same time, the number of successful projects fell insignificantly – only by 4% (from 19.5 thousand to 19 thousand). Such dynamics show that the crowdfunding market has reached its maturity. In this article, we’ll find out why and how crowdfunding payment processing looks like.

Crowdfunding is a way of collaborative financing of projects. Money for creating a new product comes from its end users. Crowdfunding gives a chance to precisely study and expand the audience, find out its needs, and test the idea. To some extent, for instance, everyone who transfers money for creating a new clip is his co-producer. You can also directly communicate with those people whose work, social, or business ideas are of interest to you.

With the help of crowdfunding, you can quickly raise money to finance a promising startup.

To get funds, project managers can look for large investors or, if possible, use crowdfunding. It allows collecting a large number of contributions, which in total will be sufficient for the project. In real life, it’s quite challenging to obtain from thousands or even millions of people their contributions. Therefore, crowdfunding began to use the resources of the global network, where it is quite simple to collaborate with people and provide the ability to raise funds from anywhere in the world.

What are some of the purposes that may lead to crowdfunding?

How to raise money through crowdfunding?

One of the most significant objectives is to determine the main demands of your project.

The choosing between angel investors or a project which is already on the market plays a significant role in your further campaign.

Be ready to do the followings:

ІСО as a subsidiary of crowdfunding

ICO, the initial coin offering, is a form of attracting investments, in which the company issues digital tokens and offers users to purchase them in exchange for a particular service that this token is provided with, or in exchange for the growth prospects of its rate. Funds raised during the ICO are used to develop or launch a project.

A startup company launches tokens or coupons based on blockchain technology. Investors, as in the common crowdfunding, don’t receive shares in a company and do not influence the internal decisions.

A token is a cryptocurrency equivalent of service or authority.

You can create a token on your own, or rely on professionals. The primary model of it and the way it’s going to be used is necessary to add to white papers.

What are the risks when ICO?

Perhaps the most significant challenge is an ordinary fraud when the creators of the project pursue only one goal: to collect users’ money. Since there are no laws that would govern the implementation of cryptocurrency crowdsales, from the perspective of an investor, this transaction is always based on trust. It is also a typical case when a project doesn’t launch in production, and all gathered money disappears.

Besides, ICO is rather a one-level type of investment, and there is no additional money income exists. So it also may cause some risks in terms of the long-term existence of the project.

Be aware that crowdfunding isn’t for everyone. It’s still new. The most successful projects are based on a solid plan. Know what you want out of a campaign before you start one, and know what you have to contribute to potential investors. 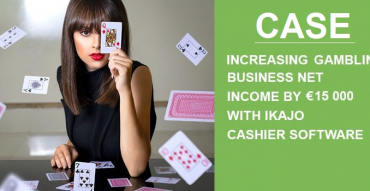